Shockingly Michigan is a leader when it comes to propane fueled vehicles.

It’s ranked fourth in the country, but things are just getting started. Over the next few years, Michigan has the resources to take the lead in the conversion of thousands of fleets to Liquid Propane Autogas.

West Michigan companies were early adopters in energy efficiency efforts, and that points to the bright future of propane vehicles in all of Michigan.

Scott Underwood of Alto Gas explains, “Pupil transportation and delivery trucks are best suited for Autogas in Michigan. Industries dealing with the private sector like HVAC, school buses, and food delivery are easy to contact and most interested in saving on the bottom line.”

As Scott explained, in todays market converting fleets to Autogas makes great sense.  By utilizing Autogas, fleets can expect to dramatically reduce emissions and their carbon footprint as well as lowering the cost of operations.

Michigan Autogas in the News

Sign up or show up for free Autogas marketing materials at the Radisson Plaza Hotel in Kalamazoo, MI April 19th from 10:00a – 2:00p

A tax incentive is available for alternative fuel that is sold for use or used as a fuel to operate a motor vehicle. A tax credit in the amount of $0.50 per gallon is available for the following alternative fuels: natural gas, liquefied hydrogen, propane, P-Series fuel, liquid fuel derived from coal through the Fischer-Tropsch process, and compressed or liquefied gas derived from biomass. For propane and natural gas sold after December 31, 2015, the tax credit is based on the gasoline gallon equivalent (GGE) or diesel gallon equivalent (DGE). For taxation purposes, one GGE is equal to 5.75 pounds (lbs.) of propane and 5.66 lbs. of compressed natural gas. One DGE is equal to 6.06 lbs. of liquefied natural gas.

For an entity to be eligible to claim the credit they must be liable for reporting and paying the federal excise tax on the sale or use of the fuel in a motor vehicle. Tax exempt entities such as state and local governments that dispense qualified fuel from an on-site fueling station for use in vehicles qualify for the incentive. Eligible entities must be registered with the Internal Revenue Service (IRS). The incentive must first be taken as a credit against the entity’s alternative fuel tax liability; any excess over this fuel tax liability may be claimed as a direct payment from the IRS. The tax credit is not allowed if an incentive for the same alternative fuel is also determined under the rules for the ethanol or biodiesel tax credits.

Under current law, this tax credit is applicable to fuel sold or used through December 31, 2017. The U.S. Department of the Treasury (Treasury) will issue guidance for how to submit claims by March 11, 2018. Claims may be submitted for a 180-day period beginning no later than 30 days after Treasury issues guidance, and claims will be paid no later than 60 days after receipt. (Reference Public Law 115-123, Public Law 114-113, and 26 U.S. Code6426)

Propane Vehicles are clean burning and extend engine life, and now there is a cash incentive to make a purchase. Liquefied petroleum gas-fueled engines, known as Autogas, produce less harmful greenhouse gas emissions, with 70% fewer smog-producing hydrocarbons. Autogas engines also outperform traditional gasoline- and diesel-fueled engines. To assist Michigan companies and municipalities with the adoption of Autogas the MPGA has developed a public education campaign that includes a rebate program. “Our association is offering $1000 rebates to Michigan propane customers that are looking to upgrade to vehicles with engines that run on propane,” said Dave Long, President of the MPGA Autogas Committee. 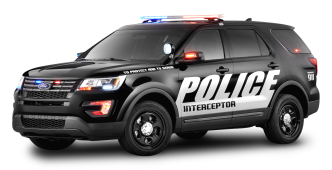 • $1,000 rebate eligible on all propane autogas vehicles with the vehicle purchased or conversion made in 2017.

• There will be a limit of 5 vehicles per entity eligible for rebates.

• Rebates are available to propane customers in Michigan who purchase a new propane vehicle or convert an existing vehicle with a qualified OEM and EPA approved systems.

• Propane companies and their employees are eligible to receive rebates.

• This creates eligibility for no more than 74 vehicles.

• The rebate program ends December 31, 2017, or when program funds are exhausted.

According to David Rhoa, president of Lake Michigan Mailers, the refueling process is very similar to gasoline, and by eliminating employee time spent filling up at convenience stores, drivers spend more time on the job, resulting in greater cost savings. “The filling time is the exact same with gasoline and propane Autogas,” Rhoa said. “In fact, our drivers are saving time because they’re not leaving the property and waiting in line to fill up at a gasoline station. When they leave the facility they’re full and ready to go.”

Driver feedback with propane Autogas has been very positive, according to Rhoa. In fact, employees have noticed better acceleration with the fuel and report no reduction in performance, torque, or horsepower. Staff members have also been impressed by the environmental benefits of propane Autogas Reduced emissions and a greener carbon footprint have become an important part of the company’s sustainability platform, but Rhoa says both the economic and environmental benefits ultimately drive the company’s commitment to propane Autogas. “The unique propane management system from Icom North America allows the vans to continue to run on regular gasoline if needed. The duel-fuel nature provides for enhanced operational range, and flexible fueling options when propane Autogas is not readily available in remote areas,” Rhoa continued.

Qualified propane companies can help convert to Autogas for commercial fleets, help set up a propane fueling station at their facility, or provide on-site fueling on a scheduled basis. Waterford School District (WSD) introduced 10 new school buses fueled by liquefied petroleum gas (LPG) into its fleet in December, joining almost 30 other school districts in the state of Michigan to operate Blue Bird Vision Propane buses. The school district selected these buses because they provide the added safety of a quieter running engine. Although the initial purchase cost is higher, the savings in overall cost of ownership versus a diesel bus is worth the init

Each Blue Bird Vision Propane Bus is fitted with Autogas systems manufactured by ROUSH CleanTech. “Waterford School District joins hundreds of school districts across America making the decision to find fuel alternatives for their buses,” said Brian Carney, executive director of school bus and customer support for ROUSH CleanTech. “Autogas is a proven choice that costs about 50% less than diesel per gallon and reduces maintenance costs due to its clean-operating properties.” Equipped with Ford Motor Company’s 6.8L V10 engines, the new buses emit 80% fewer smog-producing hydrocarbons and virtually eliminate particulate matter when compared with diesel. They will also reduce nitrogen oxide emissions by about 10,000 pounds and particulate matter by about 315 pounds each year compared with the diesel buses they replaced.

Here Are the Facts

Longer engine life: Because Autogas burns so cleanly, your vehicles will require less frequent maintenance and engine life will be extended.

Better vehicle performance: When compared to gasoline, Autogas provides equivalent power in even the heaviest applications while providing superior performance. Autogas gives you the longest driving range of any alternative fuel available today.

Made in the USA: The vast majority of propane consumed in the United States is produced here and distributed through an established infrastructure. Fueling vehicles with Autogas instead of gasoline or diesel increases U.S. energy security and provides more job opportunities here.

North Michigan companies were early adopters in energy efficiency efforts and that points to the bright future of propane vehicles in the region,” says Scott Underwood of Alto LPGas. Pupil transportation and delivery trucks are best suited for Autogas in Michigan.Industries dealing with the private sector like HVAC, school buses, and food delivery are easy to contact and most interested in saving on the bottom line. “It’s easier to deal directly with medium-duty commercial companies instead of working down the line of large scale corporate companies.”

Autogas started to take off in 2004 when propane liquid injection technology was introduced into the US. Today over 28,000 vehicles use propane liquid injection technology in the US. In the state of Michigan there are several thousand vehicles that run on Autogas. The propane marketers are coming together to help promote and educate fleets on using propane Autogas as a fuel source of choice. “By utilizing Autogas, fleets can expect to dramatically reduce emissions and their carbon footprint as well as cost to their fleet,” says Ronny Martinez of MPGA. “If I were answering this question five years ago, I would say it would have been the large fuel cost savings. However today I think that there are many reasons why a fleet should convert and it all starts with significantly lowering cost of operations, which includes low fuel cost and savings in maintenance.” In addition to saving money, fleets would lower their carbon footprint, which can help a fleet differentiate itself from a competitor.

It’s less than gasoline, offers tremendous environmental advantages, reduced maintenance on the engines, they run cleaner,” Gary Shepherd said about dual-fuel systems. Though the systems run on both propane and gas, these dual-fuel systems are nothing new. Stanford LP Gas has been doing alternative fuel work for close to 20 years now. The gas tanks in dual-fuel systems are left intact and a separate propane tank is installed. When drivers want to re-fuel their propane tank, all they have to do is find a propane supplier and fill up. Dual-fuel system owners can choose whether to drive on gasoline or propane. With the press of a button on the dashboard it is possible to switch between the two. “The way the system basically operates is when you start the vehicle cold in the morning, it starts on gasoline. Once the temperature of the engine warms up, it switches over to propane and runs propane the rest of the day. If at any point I want to switch to gasoline, simply push a small switch on the dashboard,” Shepherd said.

Northern Michigan has always been keen on environmentally friendly technology. Autos is cleaner and greener than traditional fuels, reducing your carbon footprint,” says Larry Otto of MPGA. Michigan Habitat for Humanity International recently purchased a van for transporting donations to its ReStore thrift store. The group sought a smaller vehicle for the many smaller donations it receives, including items such as dishware, linens, curtains, and plumbing fixtures. They chose a 2015 Ford Econoline van and had it converted to propane with the assistance of the MPGA.